About Martial arts and Japanese spirituality

Martial arts is a culture of mental and physical training derived from Japanese culture that emphasizes enhancing spirituality as a person, unlike sports that aim to win or lose or break records by moving the body. It respects etiquette, which is the spirit of Bushido, Way of Samurai, established in the Edo period, and has moral spirit such as respect and gratitude for the other party and self-discipline. For example, if you shout out your feelings because you won the game, you will lose respect for the opponent who fought the same. Controlling emotions and facing humbly and powerfully are required as the "way" of "Samurai." It can be said that it is a movement culture unique to Japan that is not found in the world.
Currently, there are martial arts such as judo, karate, kendo, sumo, archery, aikido, shorinji kempo, and naginata. In addition to traditional training halls, many people learn from school club activities, lessons, etc., and are working to improve their own mind and body. 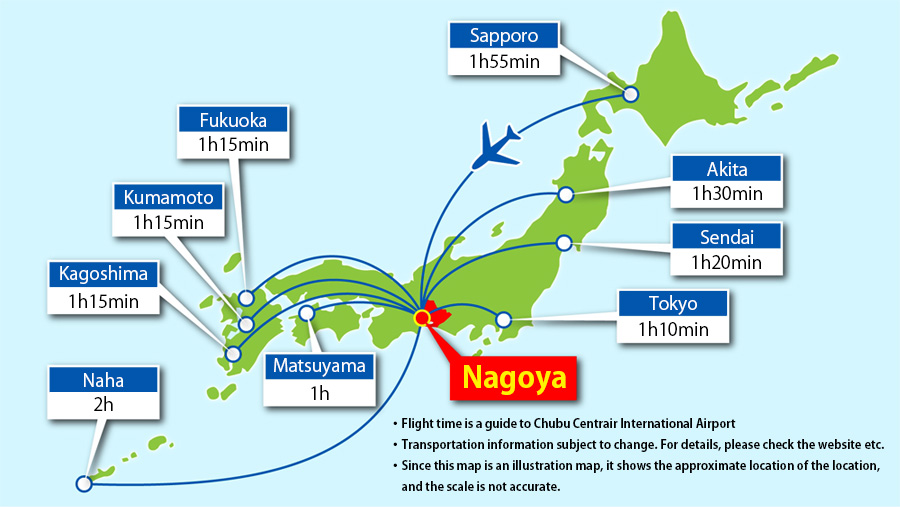 Kyudo, one of the martial arts, is a traditional Japanese culture that not only competes for victory or defeat, but also respects the spirit of Bushido, etiquette and formal beauty, and combines self-discipline. Aichi Prefecture, including Nagoya City, has the largest number of schools and members in the country with a Kyudo club, and the total population of Kyudo is also the second largest in Japan.
Nagoya City also has 11 Kyudo halls, and the spirit of martial arts is still alive among the citizens, as national Kyudo competitions are held.
We introduce the history of Kyudo culture in Nagoya city with tourist attractions.

Nagoya Castle was the residence of the 17th generation of the Owari-Tokugawa family. The 8th Tokugawa Munekatsu (1705-1761) was known as a famous feudal lord, and he practiced scholarship and martial arts at the clan school, which carried out political and financial reforms, and focused on the spread and development of Kyudo. The current archery of Nagoya City has its roots in the politics and samurai culture of the Tokugawa family, and is still greatly influenced by it.
The Hommaru Palace, which was designated as the first national treasure, was destroyed by air raids in 1945, but after a construction period of about 10 years from 2009, it was completed and opened to the public in June 2018.
You can see the gorgeous accommodation rooms of Shogunate Iemitsu, and many people visit it as a tourist attraction in Nagoya.

＜Access＞
Jump to the site below

The Tokugawa Art Museum was opened in 1935 by Tokugawa Yoshichika, the head of the 19th Owari-Tokugawa family. It holds about 10,000 daimyo tools and works of art that were introduced to the Owari-Tokugawa family, including the relics of Tokugawa Ieyasu. The diverse collection of archery-related weapons, as well as tea utensils and Noh tools, conveys the essence of daimyo culture to the present day.

＜Access＞
Jump to the site below

Miwa Shrine is located in Osu, Naka-ku, Nagoya City, Aichi Prefecture, and has Miwasan as its deity. In the 8th year of Kanbun (1668), the Owari clan, which encouraged archery, set up a place for training bow and arrow, "Yuyaba" (a training ground for "Toshiya") in the precincts of Miwa Shrine.
"Toshiya" is a competition that shoots 120 meters under the eaves of Kyoto Rengeoin (Sanjusangendo) for 24 hours, and competes for the number of arrows passed.
In recent years, Miwa Shrine has also been attracting attention as a power spot that "shoots through goals and good fates."

＜Access＞
Get off at the "Yabacho" stop of the Meijyo Subway Line. 6 minute walk from Exit 4.